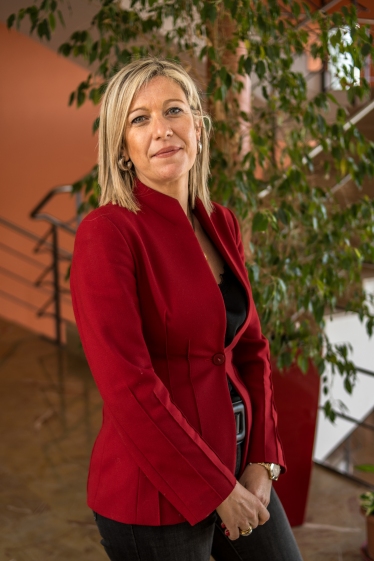 On January 2000, Prof. Maria Antonia Herrero Chamorro began her PhD (supported by JCCM, 2 years grant + 2 years contract) in the Microwave and Sustainable Chemistry group of UCLM, working on microwave-assisted organic reactions under the supervision of Prof. Angel Diaz Ortiz. Her first predoctoral stay was on the field of NMR under the supervision of Prof. T. Claridge, at the University of Oxford. One part of the thesis was performed in a short period of time in Uppsala (Sweden) with the Dr. M. Larhed. Enclosed on the terms of her thesis, two important collaborations were executed: one with the group of Prof. F. Cossío and the other one with the pharmaceutical company Janssen Cilag, S.A. In February 2006, she obtained the European PhD degree by the UCLM. Her first postdoctoral stay (granted by JCCM) was performed on the University of Graz (Austria) under the supervision of Prof. O. Kappe with the aim of the achievement of a comprehensive and well-design study of the “microwave effect”. Her second Postdoctoral stay (granted by JCCM) was performed under the supervision of Prof. M. Prato at the University of Trieste on the design of new nanomaterials for application in medicinal chemistry and/or material science. During this second postdoctoral stay, she maintained an active colaboration with the nanochemistry group in the UCLM and once she had ended this postdoctoral stay, she joined this group, which uses microwave radiations for the activation of carbon nanostructures in solvent-free conditions, preparing multifunctional derivatives that can serve as versatile synthons in materials science and biological applications. She has authored over 35 scientific publications, some book chapters and four scientific patents. In 2010 she received the award “women for science“ by L’Oreal-UNESCO and in 2011 “Ibn Wafid de Toledo“ Price for young researchers of Castilla-La Mancha. She was selected as “Ramon y Cajal” in 2010.

She was promoted to Associate Professor in 2011. In 2012, Iberdrola Fundation granted an important research line with the main topic of the integration of carbon nanomaterials in solar cells.