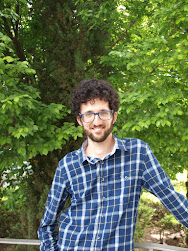 Jorge Leganés Bayón was born on 6th June 1990 in Madrid (Spain). He obtained his Chemistry Degree in January 2014, at the Universidad Autónoma de Madrid (UAM). Throughout his later undergraduate years he came in contact with Coordination Chemistry while carrying out “Syntheses and Characterization of Asymmetric Thiosemicarbazone Complexes as Cell Markers and/or Precursors of Radiopharmeceuticals”, under the supervision of Maria Antonia Mendiola in the Inorganic Chemistry department.

The following year, he obtained his M. Sc. In Organic Chemistry at Universidad Autónoma de Madrid (UAM), where he conducted his Thesis work in Master´s Degree in “Development of Anchored Catalysts in Graphene Derivatives and their Applications in Catalysts”, supervised by Belén Cid de la Plata in the department of organic synthesis.